Lt. Col. Rodney D. McCutcheon enlisted in the South Carolina Army National Guard as a combat engineer in 1996, where he trained at Fort Leonard Wood, Missouri. He was assigned to the 122nd Engineer Battalion in South Carolina.

Lt. Col. McCutcheon received his Army commission into the Chemical Corps in May 2000 from South Carolina State University through the Reserve Officer Training Corps. He holds a Bachelor of Science in Criminal Justice and a Master of Science in Environmental Management from Webster University.

In 2008, he was assigned to the Human Resources Command in the Deputy Chief of Staff, Operations Division in the National Capital Region. He completed a one year fellowship with the Department of Health and Human Services before transitioning to Fort Leonard Wood, Missouri, to serve as the 4th Maneuver Enhancement Brigade Chemical Cell officer-in-charge. He served as the 193rd Brigade Support Battalion executive officer before returning to the 4th MEB as executive officer. He then served at the Countering Weapons of Mass Destruction Combined Joint Interagency Coordination Group-Korea. From Korea, McCutcheon became the Training and Doctrine Command Chemical Surety Division chief, Fort Eustis, Virginia. 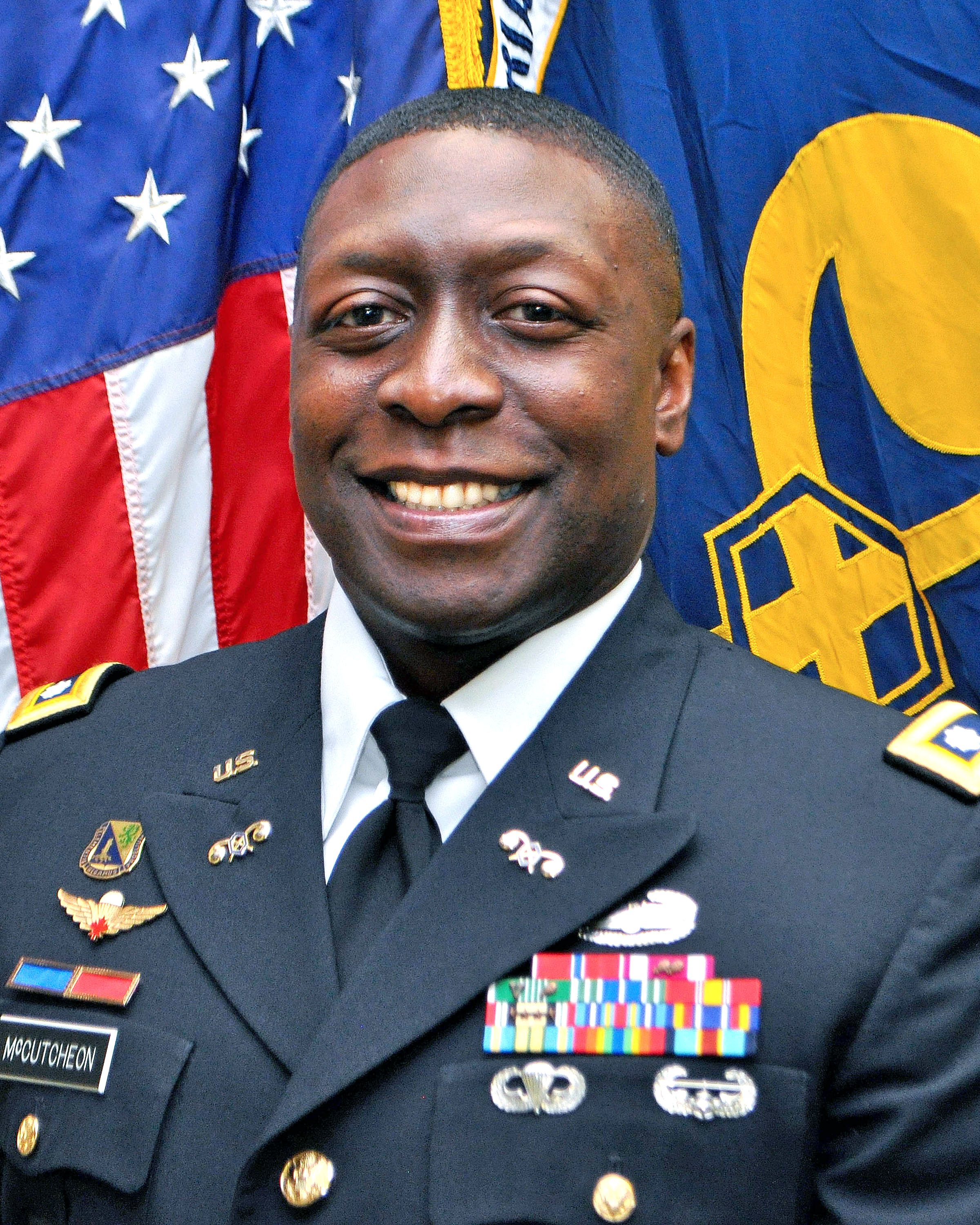