The CMA director acts as the army Implementing Agent for executing the Chemical Weapons Convention (CWC) Treaty. In accordance with the CWC, CMA carries out Army Regulation 525-92, which states that CMA’s Center for Treaty Implementation and Compliance (CTIC) manages implementation and compliance activities.

Located at CMA Headquarters at Aberdeen Proving Ground, Maryland, CTIC is part of a U.S. host team for storage, Schedule 1 and destruction inspections that oversees CWC compliance. CTIC prepares initial visits and final engineering reviews by the Organisation for the Prohibition of Chemical Weapons (OPCW), the international organization headquartered in The Hague, Netherlands, that verifies CWC implementation.

CTIC is also responsible for all notifications, reports and briefings submitted to the OPCW Technical Secretariat, and assists Army sites with refuting allegations during challenge inspections. The United States is responsible for hosting ambassador-level visits for the OPCW Executive Council for an overview of the destruction programs.

​​On April 29, 1997, the Convention on the Prohibition of the Development, Production, Stockpiling, and Use of Chemical Weapons and on Their Destruction, known as the Chemical Weapons Convention (CWC), entered into force. At that time, the United States and 86 other nations became the first countries to sign and ratify the CWC. In doing so, the United States agreed to destroy all their chemical weapons and former chemical weapons production facilities and to abide by prohibitions from development, use, production and acquisition of chemical weapons. As of 2016, more than 192 nations have ratified the CWC.

The CWC prohibits the development, production, stockpiling, transfer and use of chemical weapons. The United States is a State Party to the CWC. The Organisation for the Prohibition of Chemical Weapons (OPCW), an international organization headquartered in The Hague, Netherlands, oversees Convention implementation.

The CWC prohibits States Parties from:

The CWC also requires States Parties with chemical weapons or chemical weapons production facilities to destroy them in an environmentally safe manner. It forbids disposal by open pit burning, land burial or dumping in any water body. 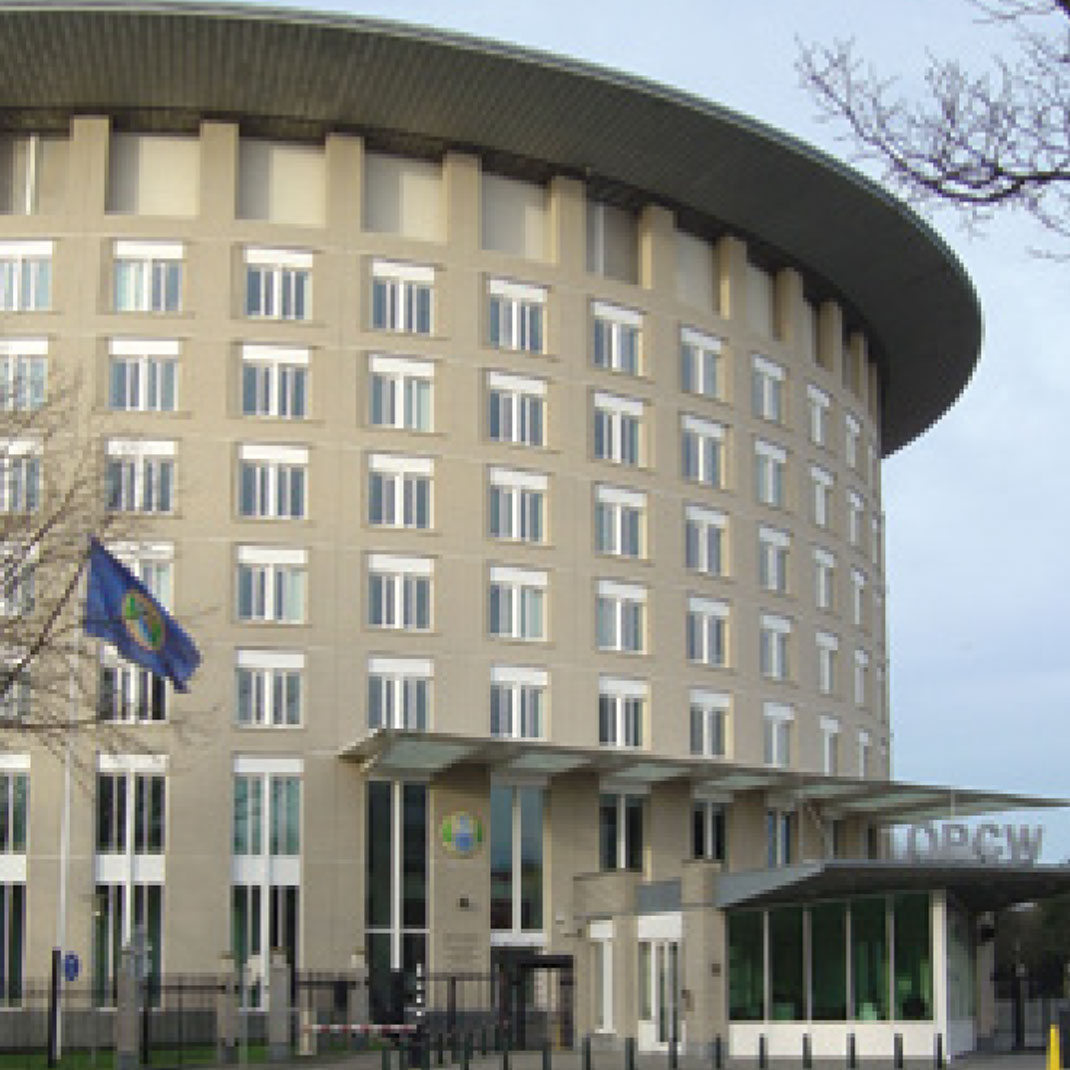 Established: April 29, 1997
Participating Nations: 192
Overseen By: The Organisation for the Prohibition of Chemical Weapons (OPCW)